The Waverly Murals were commissioned from Edward Sorel by Graydon Carter for the Waverly Inn on Bank Street in the West Village.

Carter bought the restaurant in 2006, by which time it was (he writes in his introduction to The Mural at the Waverly Inn) “decidedly dusty”. It had opened its doors in 1919 as Ye Waverly Inn and Garden and its modest prices meant it attracted an artsy crowd. Willa Cather lunched there daily and other regulars included choreographer Hanya Holm and psychologist Bruno Bettelheim. Prior to opening as a restaurant, the building had been variously a tavern, a bordello and a tea house, in which guise it attracted poets Edna St Vincent Millay and Robert Frost. “The Waverly in its day played host to writers, painters, poets, playwrights, actors musicians, bohemians, beatniks, and Bolshies of all ranks and talents,” the then Vanity Fair editor continued.

Carter decided to populate his new restaurant with “an all-star cotillion of those artistic greats” and he knew that only one artist was right for the job: Edward Sorel. “Inarguably the finest caricaturist to ply the magazine trade over the last three or four decades, he’s up there with Covarrubias and Cotton.”

The two panels featured here are reproduced by kind permission of Edward Sorel. 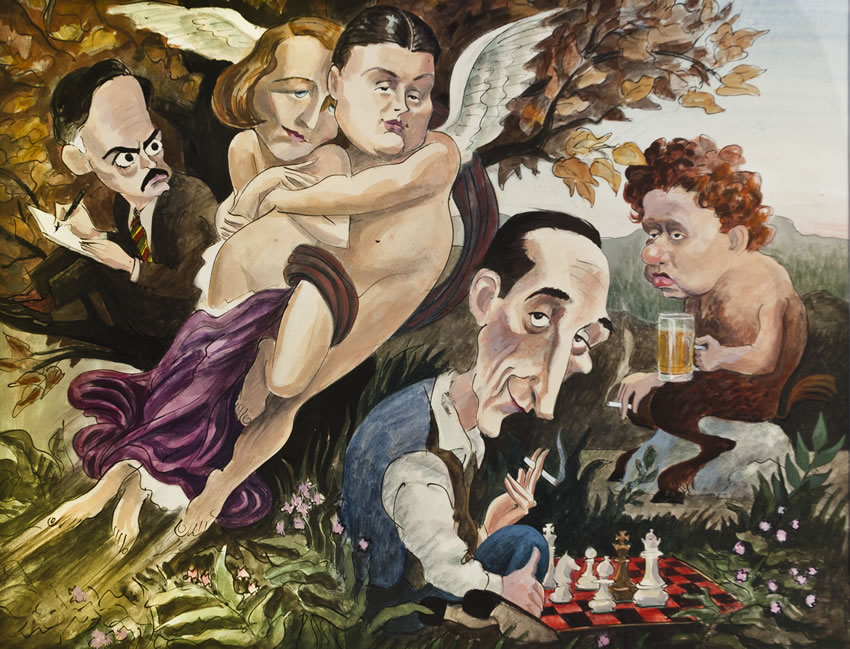 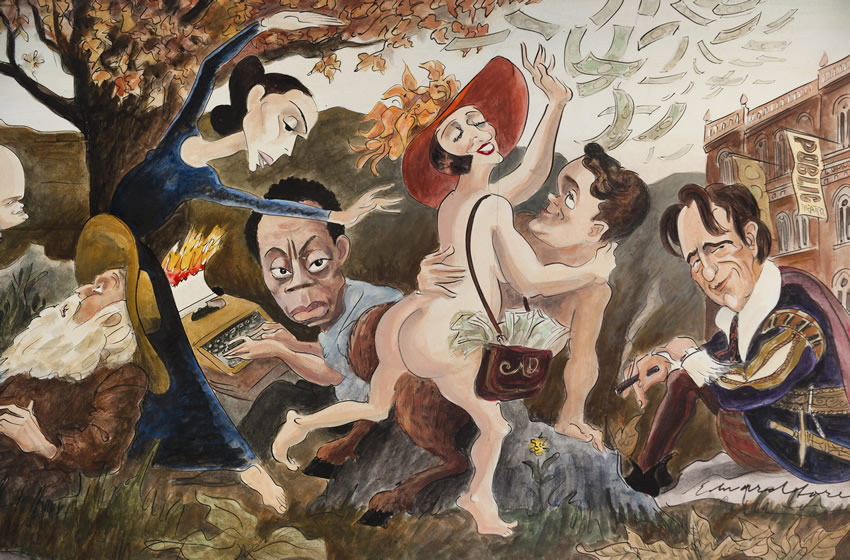